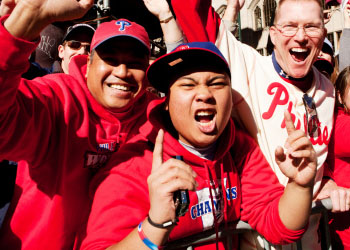 Research Essentials completed intercept interviews in the official Clubhouse stores of Major League Baseball stadiums before, during and after games in Los Angeles, Philadelphia, Texas and Washington, D.C. Our goal was to understand why baseball fans, shop for, purchase and wear their team’s jerseys. We identified key experience drivers – and roadblocks – for purchase and wearing of licensed MLB jerseys. Our findings were delivered in-person to the executive team at Majestic Athletic Inc., the official supplier of jerseys to MLB. 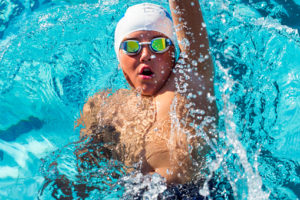 In Denver and Phoenix, Research Essentials was asked to participate in research for USA Swimming that focused on parents whose children participated in local sanctioned, organized USA Swimming teams. Braving the summer sun at temps around 115 degrees, we completed intercept interviews poolside (and in shade where we could find it). While kids swam laps nearby – cheering each other on – we discussed parents’ motivations for having their kids participate in organized swim teams. We also learned about parents’ fears and anxieties before their kids joined a league and how those fears played out. Ultimately we presented our findings to the executive team of USA Swimming in Colorado Springs, CO.

Boa Technology, makers of the Boa lacing system that can be found on everything from snowboard boots and bicycling shoes to medical braces and prosthetics, engaged Research Essentials to understand the in-store reactions of consumers – and store employees – to the Boa lacing system on trail running shoes. We completed 4 days of observations and intercept interviews in Denver and Boulder at local stores that carry Boa-equipped trail running shoes. Ultimately we discovered that consumer fears around the system – and well as an almost complete lack of consumer information about the Boa lacing system – was hurting the sales process. Our engagements with store employees showed a similar lack of knowledge around the Boa system. Ultimately, our work lead to a revised messaging and training strategy in retail stores nationwide.

Over the course of a decade – and continuing today – Research Essentials has been an integral partner in the development and success of the adorne line of switches, dimmers and outlets, introduced to market in 2012 and with current annual sales approaching $20 million USD.

We began with in-home ethnographic research, engaging homeowners who were in the midst-of or had recently completed some type of home remodel. We wanted to understand the process and experience to gauge where the white spaces and opportunities were in the home remodel space. From that opportunity exploration came the idea for adorne – a line of modern switches, dimmers and outlets that could fit one-to-one in current electrical boxes.

We moved on to more traditional focus groups to arbitrate between a series of potential designs and, once a promising design was identified, validated that design against current in-market options. After final refinement and product introduction in 2012, we have continued to help Legrand understand the overall sales, installation and on-line purchasing experience. Our work has engaged lighting showroom employees at their workplace, homeowners who installed adorne products around their homes while we recorded and completed interviews and potential customers in focus groups to discuss line extensions. 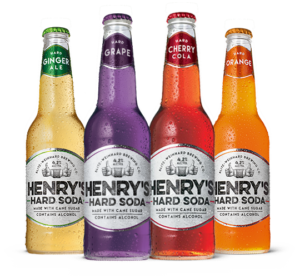 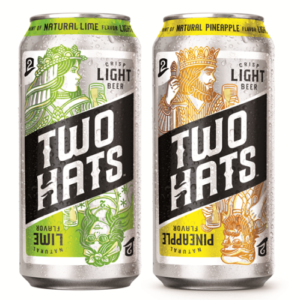 Working both with Molson Coors’ internal and external teams over 18 months, Research Essentials employed multiple round of focus group research to refine both the concept and the packaging for what became Two Hats – introduced to market in February 2018. Recruiting the young Millennial consumer ages 21 – 23 is never easy, but social media outreach helped our team engage over 100 Millennials as the overall product proposition moved from a general idea to a refined concept. Two rounds of packaging research ultimately helped narrow the options and refine the final packaging mix.