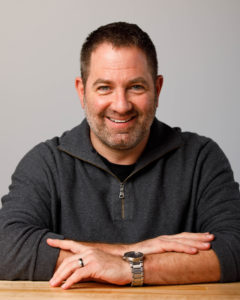 Scott is the primary researcher for Research Essentials and has been since the company was founded in 2006. He brings a lifetime of experience studying communication and the ways that people use in-person and mediated communication to understand their world.

In grade school Scott provided reports for family and teachers about the editing techniques and content decisions made by local news stations on their afternoon local news programs. That interest led to undergraduate degrees in History and Business at UC Riverside and later an M.A. in Radio and Television from San Francisco State University. Following graduation Scott worked for two years in the prime-time television department of Creative Artists Agency in Beverly Hills. He later experienced the joy of low pay and long hours as a production assistant on the pilot episode of C-16, a short-lived television series that aired on ABC. You likely missed that one.

Scott received his Ph.D. in Media Studies from the School of Journalism and Mass Communication at the University of Colorado at Boulder in May, 2003. He spent two years eating school lunches and conducting ethnographic research in elementary schools while completing his dissertation on the use of computers and the Internet in elementary schools.

For the past 15 years, Scott has worked as an ethnographic researcher for a variety of clients and consultancies across a range of industries as an in-house researcher (at Brooks Stevens Design, an industrial design firm in Milwaukee, WI) or as the Chief Research Officer of Research Essentials.

Stereotypically for someone living in Colorado, Scott skis, road bikes and plays tennis when he is not catching up on indie or noir films. He lives with his wife Lisa and their active toddler, Mara.